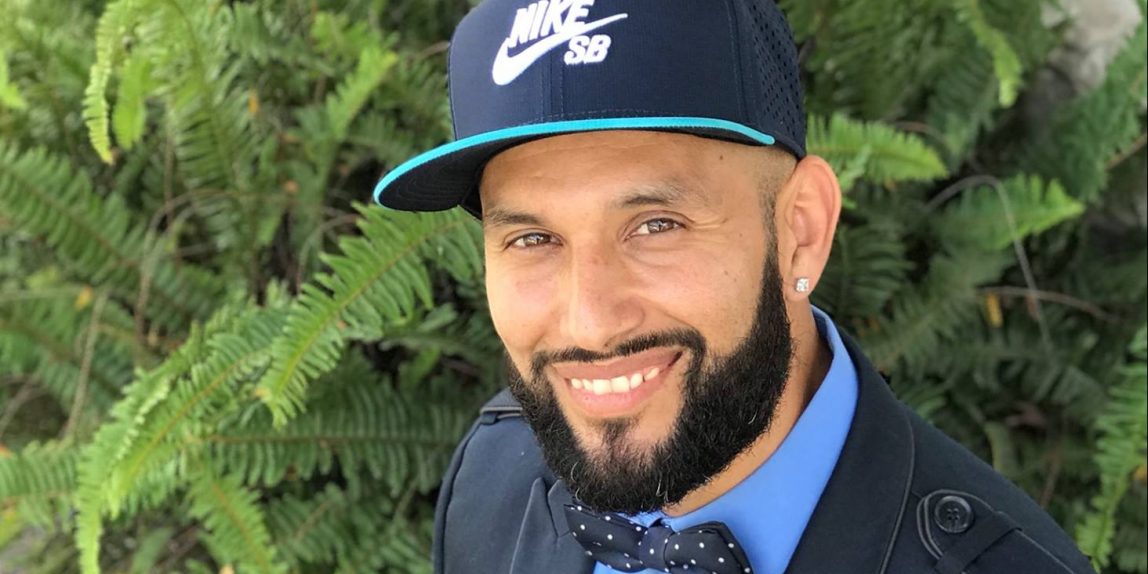 Eric CEO and Co Founder of AriQuinn Entertainment was born and raised in Corpus Christi Tx where he attended the following schools: Chula Vista Elementary of Fine Arts, Wynn Seal Middle School Academy of Fine Arts, W.B. Ray High School, and Del Mar College. There He graduated with a 4.0 GPA and earned an Associates Degree in Applied Science of Occupational Safety and Health Technology. He quickly climbed his way to the top of the corporate ladder as the HSE Director of a well known organization, yet he was left still desiring more out of life. Growing up Eric was well known and recognized for his athletic abilities, community outreach and artistic performance.

In athletics he achieved the title of TAAF’s Super Champ Status, where he went on to earn silver and gold metals at the City and State level tournaments. He was fully scholarshiped to the King’s Crossing Country Club Tennis Academy as well as private lessons at the Al Kruse Tennis Center. (“Thank you Coach Cleveland Gilcrease, Ken De Koning, Diana Scherer and Susan Torrance”. “You always made a way even when I couldn’t”.)

His community outreach consisted of helping X-drug addicts and gang members clean up their lives through mentorship, acts of service and Christian musical outreach. He toured throughout Mexico and the state of Texas ministering with his Brother as the Christian Rap artist group known as D.E.S Kru. D.E.S Kru had the opportunity to collaborate with John Cena WWE Super Star, Dee Dee from La Conquista, Ice and Smoke with 4 corner Hustlers, Flatline (RIP), Dapper Don and many more. (“Thank you Pastor Jose Luis Flores, Mom, Dad and Brother”. You taught me the true meaning of life”.)

His artistic performance was seen through his musicality and dance abilities. Dance started as just a hobby, but exponentially grew after he joined a ballet play known as the Nut Cracker while attending middle school. He went on to receive a full scholarship to a pre professional company Avant Dance, where he studied ballet, jazz, modern, tap, lyrical and hip hop. During his duration at Avant he and his duet partner Arielle Elonys together won 1st place overall in competition at conventions such as Jump and ShowStoppers. Eric also received a scholarship to attend the Pulse Convention in New York City and had the honor of back up dancing for Paula DeAnda. He was invited to dance on tour with Rap artist Young Jibs but chose not to travel and pursue his education. Eric was always greatful and truly appreciative of every opportunity provided to him. (“Thank you Patricia Hornbeck, Steven Bennett, Cynthia Coker and John Dix. I couldn’t have done it without you”.)

Although his love for dance still remained, Eric set out to explore his enterpunership skills in the year 2005. That’s when he began a mobile DJ partnership with his close friend in which he called brother. (“Thank you for broadening my horizon; I am eternally greatful for you Miguel Bolado. Special thanks to Abel Bocanegra and Skip Entertainment for my old beginnings and now my new. Thank you Mom, Dad and beautiful wife Desiree Morin. I love you very much!!  Thank you DJ Ray (mentor and friend). Shout out to my new found friend DJ John O. Thank you to John Dix (Web designer Brother and Friend), Mista Playboy (Photographer, Videographer and Friend), Chris Saucedo (Photagrapher and Friend), Joel Cavazos (Videographer and Brother) and to EVERY friend I ever had in my life time. None of this would be possible without you.”)